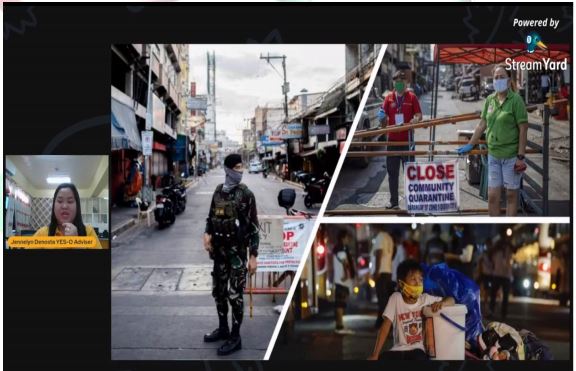 Science Month Celebration envisions 21st century learners who will create young scientist for the future generations and to build a better nation with full understanding on the significant role of Science, Technology and Innovation with this year’s theme, “Agham, Pananaliksik at Teknolohiya: Kabalikat sa Matatag at Maunlad na Pamayanan”. Activities lined up to uphold this year’s theme are Digital Poster Making Contest, Sci-Quiz, Science Concept Quick Share, Virtual On the S.P.p.O.T INTRODUCTION and objectives (Science Processes and Practices On Site Test). Virtual Environmental forum/discussion was also prepared to raise awareness on its adverse effect not only in the environment but also in humans in general especially in this Pandemic. The series of events prepared for our young learners will be a leeway to show, expose, and reveal their scientific interest, skills, and talents. A virtual presentation of Science Concept Quick Share and Virtual on the S.P.p.O.T were organized to present concepts in Science through simple experiments and manipulative activities which we believe is one of the powerful tools in raising the level of awareness and interest of our learners by thinking about how certain phenomenon works. The highlight of this year’s celebration was the conduct of Research Congress were Twentythree (23) entries from Grades 7 – 10 were show-cased, presented, and defended by the young researchers. A cheerful virtual opening of Science Week Celebration was held on May 17, 2021 via PCCCANHS Official Facebook Page. Part 1 of the program started through the singing of nationalistic songs, doxology, and Pasay Hymn. After which was a high-spirited opening remarks delivered by Mr. Roger B. Escarilla, school’s assistant principal, followed by an Inspirational Talk given by Dr. Efren D. Canzana. To commemorate the 2019 Science Month activities a virtual recapitulation was also presented. Presentation of this year’s contest mechanics were provided of which Mrs. Celsa M. Chico, officially launched the Contest Events. Part 2 of the program was facilitated by the YES-O club adviser Mrs. Jennelyn B. Denosta through a forum/discussion about environmental awareness in times of pandemic. To present the highlight of this year’s event a virtual culminating activity was held on May 24, 2021. Certificate of appreciation and recognition to all the judges was conducted. Followed by the Recognition of the learners who made an exemplary performance in the different contests. The event was concluded by Mrs. Celsa M. Chico with her closing remarks giving thanks to all those who contributed to the success of the events.